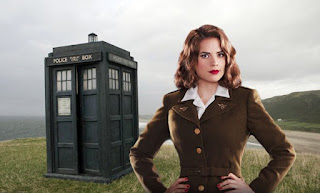 The thirteenth Doctor has been named. She will be played by the actress Jodie Whittaker. She will be the first ever Doctor who is a woman. This film was originally only available on my Vidme channel, not YouTube, but with the closure of Vidme, see: http://hpanwo-tv.blogspot.co.uk/2017/12/goodbye-vidme.html, I have decided to put it on YouTube.