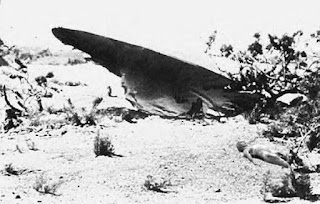 So it turned out that 2016 was not the year of UFO Disclosure, but could 2017 be it?
It is seventy years since an artefact from an extraterrestrial civilization came to grief on the earth's surface and was secretly salvaged by the government. They then planted fake news stories in the media to bury the truth. Will this anniversary raise the profile of the Roswell Incident to the level where we can finally have UFO Disclosure?
In this film I also catch up on the latest UFO Disclosure news.
See here for the previous film in the series UFO Disclosure 2017: http://hpanwo-tv.blogspot.co.uk/2017/03/ufo-disclosure-2017-what-about-britain.html.
See here for additional background: http://hpanwo-tv.blogspot.co.uk/2015/02/energy-politics-and-ufos-2015.html.
Posted by Ben Emlyn-Jones at 00:00