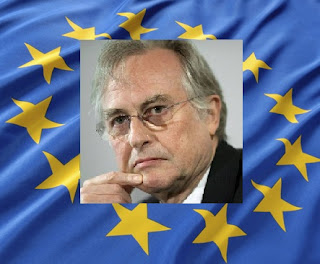 Popular science author, lecturer and general pontificator Richard Dawkins believes the EU referendum shouldn't count and Brexit should be rolled back because the British people are not "qualified" to decide... What do I say to that!? This film was originally only available on my Vidme channel, not YouTubel but with the closure of Vidme, see: http://hpanwo-tv.blogspot.co.uk/2017/12/goodbye-vidme.html, I have decided to put it on YouTube.

See here for more information on skeptics: http://hpanwo-tv.blogspot.co.uk/2016/07/skeptics-who-are-they-why-are-they.html.
Posted by Ben Emlyn-Jones at 10:48